Advertising on this site is free for club members. For non members advertising and fee charged is at the discretion of the club. Fee is $20.00. Click on payment button if you are a non member and your car sale advertisement has been OK’d by committee. Payment for Car advert by non member

If a car is being advertised for sale the following details are required:

All advertised prices for cars will by default  be without government fees or charges unless otherwise indicated.

Adds will run for three months and then be removed. Advertising will continue if the seller so requests.  The club will not be responsible for the advertised information supplied by the seller.  To advertise on the site contact:  Website ManagerIf you are selling or buying you might also like considering advertising on, “whatsinyourpaddock” which is free. http://www.whatsinyourpaddock.com.au/

Beware of   “off shore scammers” offering to buy your car.

I purchased the car in 1970 from a guy called Denis Elliot who lived at Streaky Bay on South Australia’s West Coast. The car was living in a deserted fowl shed. Elliot had been given the car by his spinster aunties who had owned it from new.

The best feature of the car was that it was totally complete – nothing missing (not a thing). The fact that it was slow most probably saved its life because even a set of wide rims and tires fitted to the rear of the car did not make it fast enough for the young Elliot to go kangaroo shooting so it got parked in the chook shed and not touched.

That’s where I found it. The two Elliot sisters rarely used the car and in fact I was told that its weekly outing to church was one of the biggest things in its life. I paid $350 (plus a lot of beers in the local pub) for the car. I had it trucked to Adelaide by a local West Coast carrier and delivered to Port Adelaide for me to collect.

When I came to collect the car at Port Adelaide one of the workers there was waiting for me to tell me he had a trailer with the same wheels as my car but that he couldn’t get tires and could I help him.

I suggested a swap of the two fattened wheels (Vanguard) with good tires off the back of my car for his trailer wheels would solve his problem – the deal was done.I took the car home, changed the plugs, changed the oil and filled the tank with fuel. Two or  three turns on the crank handle and it fired into life. The question was should I restore the car or leave it in its basically good original state (there was some surface rust).

I chose the option of leaving it as it was for the time being. I ran it in several rallies and even entered it in a Citroen Club motocross event at Mt Crawford forest in the Adelaide Hills and won the day. I was a very wet day, the course was very boggy and the more modern Citroen cars had considerable trouble gaining traction and staying straight. The 5CV with its big diameter wheels and narrow tires found grip under the mud. The fact that the car was not overly quick but had plenty of torque made it very easy to take home the trophy very much to the surprise of those there.

In in the end I decided to restore the car because atmospheric moisture was progressing the surface rust.

The car’s body was made by T J Richards in Adelaide and what is interesting is that there is a 1924 Amilcar in Adelaide with an identical body except for the bonnet and radiator. It was also the same colour.

I have a lot of books on early Citroens and some 5CV parts which I am happy to sell with the car. I have owned quite a few Citroens including a Big Six Traction, two Light Fifteens, several 2CVs a ID 20 and a CX 2400. The 5CV is all I have left of my Citroen past.

I am asking $25,000 or near offer. By arrangement I could deliver the car.

The 2 CV Ute was built for the English Navy, to fight the rebels in the Malaysian jungle. It had to be robust and reliable to cope with the jungle tracks and it had to be light   enough to be taken ashore by helicopter from the aircraft carriers, it was for that reason the 2CV’s were chosen. The first batch of 35 pick-ups was delivered late 1959 and 1960, when the ship reached Singapore. A second batch of 30 pick-ups was delivered in 1961.
When the mission was over: all Utes were thrown overboard into the ocean.

CCOCA takes no responsibility for the provenance of this car and the buyer needs to conduct their own due diligence.

I have sold the farm and now have a lot of Citroen material which would be better in other hands .
Incudes 2 by 1923 10cv, one restored, 1 coming along and a goer .
Also a chassis on new tyres with motor and going gear .It has the dimensions of the model A, but has friction shockers that may have been added after .
With these are 1/2 a ton of motors, radiators some 10 CV some 5CV.
Also a D Special with leather and minor door rust.
A DS 23 Pallas on club plates.
A 1985 CX2500,good body and trim not going as leak in steering hyd unit . Have reconditioned one from Pleiades in boot.
A 1995 XM 6cyl ,taken off road as too many regos !! Have sold the T Avant and the SM .
There is a pile of D panels and bonnets. Also a Safari with good panels and stuffed motor
I am happy for any one to contact me on this email address doustkenneth9@gmail.com  or phone 0244 737 265, or visit for a cuppa at Central Tilba , Ken Doust

1992 Citroen AX GTi in white.
Vin. No. VF7ZAZWOOOOZW6533
Full RCW with no work to do.
Totally original car and not dressed up to sell. Completely un-molested example
with no”boy racer” upgrades.
Pioneer 50w x 4 CD stereo.
Not concourse  but a good honest example that are appreciating in value rapidly. Previous owner who had owned since 1 year old.
Only done 1000 miles in the last 5 years.
Sale price $7k includes a complete duplicate car
(Vin. No. VF7ZAZWOOOOZW6531) for spares. 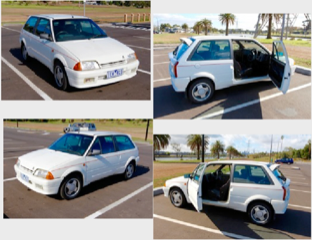 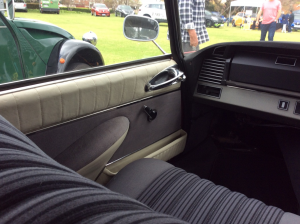 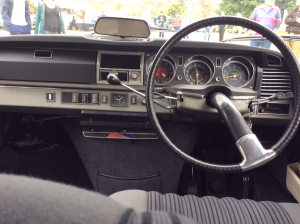 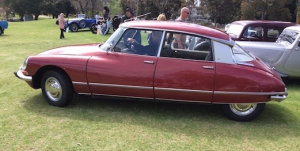 Citroen 2CV
1986, 6oK Kms.
Recent import from UK – fleeing Brexit!!
Was to be used as a Company Rep’s car, but things have changed.
Car is in very good overall condition, but needs some minor tidying up and cleaning to be really Great!
Full set of new Michelin tyres.
I put the car through Licensing some 6 months ago for my client, with no issues.
$22,000.00
Stuart Pekin – Perth
0404 231 712